Published by Giannis Tsimperidis on July 11, 2022

In the last week of March, our organization K.D.E.T.Y.D., took part in the Erasmus+ programme called First Step To Europe which was hosted in Starachowice by RoE (Rozprawy o Europie. The intent of the programme was to boost the active citizenship among youth in small cities. To start the event, each NGO participating, offered a brief presentation of their goals, action and their identity in general. During the course of the programme we visited a number of schools, primary and high schools, in order to set up workshops that students would participate in concerning the environmnet, social activity and active citizenship. In addition we were hosted in the city hall were a discussion was held related to the problems young people from small cities face. The main event was the launch of the “Youth Civic Festival: Europe is HERE” that took place in a local high school. Throughout the festival, a lot of open table discussions were formed that dealt with issues such as eoology, dezinformation, civic education and european values followed by an expert’s debate on the future of Europe. The meetings  be held in places accessible to people with disabilities and to all young people.

Bulgaria and Italy participated in the program, except for Poland and Greece. The multiple activities during the week planned and organized by the Polish organization kept us awake and motivated the active participation of young people to change the current unfortunate crisis we are going through. We look forward to more meetings and activities.

Apart from Starachowice, we visited Kielce, to meet and discuss with the Youth Sejmik of Swietokrzyskie Region and after that we visitied a NGO Center in Kielce and the Technological Park of Kielce, an incubator for small businesses. Besides the events and the things scheduled as part of the programme, we had a lot of free time, to walk around in the cities we visited, try the local and traditional cuisine and socialize with people of the region.

Thank you very much for the hospitality and the participation of our association INNOVATING ACTIVITIES IN EDUCATION, TOURISM, HEALTH AND INTERCULTURALITY KDETYD in the programme  “FIRST STEP TO EUROPE – boosting active citizenship among youth in small cities” the organization  Stowarzyszenie Rozprawy o Europie of Poland. 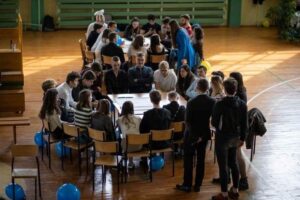 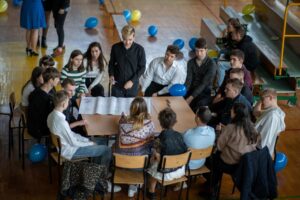 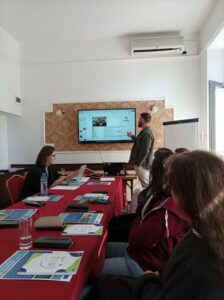 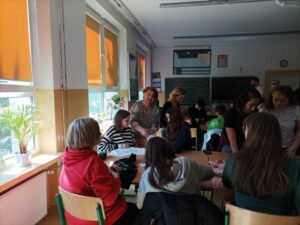 PRESS RELEASE The association “INNOVATIVE ACTIVITIES IN EDUCATION – TOURISM – HEALTH AND INTERCULTURALITY KDETYD”, with the aim of activating and strengthening young people, so that they invest in their local communities, held on Friday, Read more…